Are you a gay college student who enjoys drinking board games & having fun? Find out how to have a great college dorm party. I remember college being one of the best times in my life. I found out about my fraternity, made a lot of friends, and went to a lot of college dorm parties. I was shy (still am) but knew how to socialize and even helped throw a small college dorm party. Even though I had a good social life I was disconnected from the LGBT community. I was still struggling with my sexuality and didn’t have any gay male friends at least that I knew of. If you’re a homosexual college student like I was and you want to connect with other LGBTQ persons you can throw a college dorm party. This guide will give you some tips.

When you google college dorm party you can find all sorts of information about college life. A college dorm party is a party in a residential building on campus. You can have guests at a dorm as long as the dorm leader aka residential advisor allows. The colleges with some of the nicest dorms are High Point University and Washington University. Dorms are coed but a female and male can not sleep in the same room.

How to throw a great gay college dorm party

Get some drinking board games

I remember in college most of the drinking games that I played were flip cup or beer pong in bars and random spots.  These games were cool but sometimes simple and repetitive.  Well, Drink-A-Palooza is far from both.  Just looking at this drinking board game you can see how entertaining it is.  The board is very colorful and almost resembles the Monopoly game.  Drink-A-Palooza is a combination of flip cup, beer pong, kings cup, and quarters.  Up to 12 people can play the game at 1 time.  The board makes the game look complicated but it’s pretty simple.  The way the game works is that you roll the dice and that you play the mini-game you land on.  So if you’re not totally wasted you’ll be able to follow the rules.

Drunken Tower is Jenga with alcohol involved. Jenga is such a simple game but very fun.  In Jenga, there’s a tower of wooden blocks and each player has to remove blocks from the tower without making the tower fall.  There is only a loser who is the person that makes the tower fall.  The only difference with Drunk Tower is that once you remove a block you have to follow the command written on the block.  The tea is that you have to be coordinated in order to remove the blocks.

You can tell by the name that this is an adult game. First, I love the cute box artwork. Of all the adult games on this list, Cock and tails are the most LGBTQ-friendly. This game makes a lot of references to queer culture like being on Prep and queer culture slang. If you are a gay person and among other gay persons this is the perfect game to play.

This is another exclusive LGBT party game. Just the name tells it all. There are cards that refer to Broadway musicals RuPaul’s Drag race, and queer culture. Now, I’m going, to be honest, some of the cards can be a little rude. Like there are cards that say to slap someone and say something that makes a person unf@ckable. So, just be cautious because this game can lead to fights if you’re playing with people you’re unfamiliar with.

Music will make or break a party. There can be attractive gay men and the space may be cute. But if the music is wack people will immediately walk out and leave. I’ve seen this happen countless times. I’ve heard and seen people use playlists for their events and parties. If the person has a good playlist then that’s fine. It saves you a lot of money and time in hiring someone. And it removes the hassle of trying to book someone last minute if a DJ cancels the day of the event. However, the issue with using a music playlist is that if you’re the host you may have to monitor the music device. Another thing is that even when you’re not monitoring the playlist other people will try to play songs of their interest.

If you have the coin spend money on a recognized DJ. Of course, the DJ doesn’t have to be on the radio. But he or she definitely be somebody who’s done at least a couple of events. A DJ knows how to engage the crowd regardless of the type of event it is.

I’ve been to plenty of college dorm parties in cramped, dark spaces. They were definitely a vibe but sometimes it is uncomfortable, especially when you can barely see who’s by you. Make sure you get a large room with a spacious dancing area. The space should be big enough to fit at least 75 people. If it fits a little less then that’s okay.

Make sure you clean the space the day of or the day before the party. Many other gay men are very particular about places we congregate. If the spot is dirty we will be very skeptical about going.

Speak with a dorm ra

A dorm area is a dorm resident advisor. There are certain rules you have to abide by so make sure you speak to them.

What not to do!

College dorm parties can be very fun. And ratchet. But if you’re hosting the party it can be a headache. In order to avoid drama and the law here are some things you should consider

I understand that the college experience can be frightening especially as a gay person. You’re away from family and friends and in a totally different e environment. But it can be an amazing experience as well. You can meet new people, participate in fun activities and sports, and join different organizations. and go to some lit parties. If you were like me and closeted you have plenty of opportunities to connect with the LGBTQ community. The guide above will help you throw a gay college dorm party that will make you the star on campus. 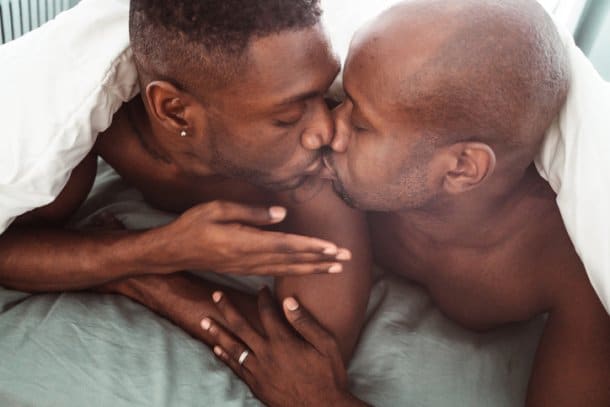